One quiet early spring afternoon on a Friday, a couple were having a picnic in a park in St. Louis, Missouri. All of a sudden, they were distracted by a commotion as three young boys came running into the park. One of the boys was carrying a small box. “Mom/Dad, look what we found on the side of the road!” exclaimed one of the boys. “Can we keep it?” “Leave it!” the boys’ parents demanded. The boys reluctantly placed the box down on the park bench, as the entire family got up and left. As soon as the family was gone, the couple who were having the picnic nearby ran over to the bench and opened the box. Inside the box contained a tiny yellow duckling. The couple brought the duckling home with them that afternoon and called the Pet Rescue Network.

Brittani received a call from Rita at the Pet Rescue Network early that same evening, about fostering the abandoned duckling. Brittani had the duckling in hand, just hours after receiving the call from Rita. Rita explained to Brittani how the duckling couldn’t walk and was suspected to have a broken leg; she would need to be brought in to see a veterinarian as soon as possible. Brittani made an appointment for Lilly to see the veterinarian the next day.

Lilly's first Vet Appointment
Radiographs were taken of Lilly's leg which confirmed the bone was fractured. Her vet splinted the duckling’s leg, prescribed anti-inflammatory medication to help with any pain, and recommended that Brittani bring Lilly back in two weeks for new radiographs--to assess how Lilly's fracture was healing. Brittani received no discharge instructions for what she should do for Lilly following her appointment.

Brittani wanted to try to keep Lilly's spirits up, so she found Lilly a companion--a male duckling named Maui. Maui and Lilly quickly became best of friends and snuggle up with one another every chance they got!

Lilly and her new friend Maui resting in the grass
Lilly's 2 Week Progress Exam
Lilly's bandage was removed and her leg examined by the vet, who thought it had healed nicely--and that there was no need for radiographs. Brittani received no verbal explanation by the vet for next steps to take with Lilly or any written discharge instructions.

Lilly's 3 Week Progress Exam
Lilly was still having trouble walking. The duckling 'wasn’t flattening her foot out', instead she seemed to 'crumble up her toes and not walk flat footed.' As she walked, Lilly’s foot seemed to slip out from underneath her as she took a step. During Lilly's exam with her vet, they hobbled Lilly's legs together with a single piece of white medical tape. For the moment, it appeared like the hobble was helping Lilly walk better. However, Brittani received no discharge instructions for what she should do for Lilly following her appointment, nor was she provided any verbal instructions of what to do next,

Changes Moving Forward
The next morning Lilly’s leg was found severely swollen. Brittani took off the medical tape 'hobble' device and called Rita. They discussed bringing Lilly to see a different veterinarian---someone who was a specialist in birds. Rita agreed and booked an appointment for Lilly with Dr. David Kersting from Bird Medicine and Surgery in St. Louis.

Lilly's Initial Vet Exam with Dr. Kersting
The next day, Brittani and Lilly took a short road trip to St. Louis so the duckling would make her appointment to see Dr. Kersting. At this time, Dr. Kersting tried to get up to speed on Lilly's history and performed a comprehensive physical exam. New radiographs taken of the duckling's leg revealed Lilly’s fracture did not heal properly, resulting in misalignment of the bone. This misalignment caused the tendon to slip out of the joint, causing a condition known as Slipped Tendon. Lilly would need surgery.

Day of Lilly's Surgery
Lilly's surgery took about two hours. Dr. Kersting had to first re break the duckling’s misaligned leg bone, stabilize it using internal pins and an external fixater, followed by repair of the slipped tendon. Lilly was hospitalized overnight for continued nursing care. She was discharged with pain medication and detailed instructions for her home care.

Lilly's 1 Week Progress Exam
A recheck exam was scheduled for 1 week after the surgery. At this time, Lilly appeared to be walking very well. Dr. Kersting removed Lilly’s bandage and evaluated how it looked and smelled. Everything seemed great and there were no signs of infection. New radiographs showed that the fracture was healing well. Dr. Kersting applied a fresh bandage, however this time, he started the bandage a bit lower. This was intended to help Lilly get a better range of motion, encouraging her to walk more.

Radiographs of Lilly's Leg after her surgery
Lily's 3 Week Progress Exam
Lilly was checked again just a couple days short of 3 weeks post surgery. Brittani was concerned because Lilly's leg started to swell. Dr. Kersting took new radiographs which showed Lily's fracture had fully healed--despite the swelling. Dr. Kersting explained to Brittani that the swelling in Lilly’s leg may go down in time, however there was a chance that it would never go down, for she had suffered a significant injury.

Surgery and Duck Shoes
Since the radiographs showed the leg had healed, Dr. Kersting prepared Lilly for surgery to remove the pins and external fixator. After the surgery, Dr. Kersting made Lilly a customized ‘duck shoe’. The duck shoe consisted of a web-shaped piece of cardboard secured underneath Lilly’s foot, held in place by vet wrap. The shoe was intended to help Lilly with flattening her foot more as she walked. Lilly was discharged with a controlled exercise schedule which included physical and aqua therapy sessions.

At home, Brittani noticed that Lilly was having difficulty walking without slipping. She attributed it to the cardboard shoes not having enough traction, so she brainstormed ways to modify the shoes to give Lilly more grip. She tried taping a bit of sand paper to the bottom of the cardboard shoes, using double sided tape. It helped a little, but Lilly still slipped as she walked. Brittani experimented with several different materials and configurations of slings and walking apparatuses for Lilly. Some of her ideas included:As the week went on, Brittani noticed some changes in the way Lilly walked. The duckling would starting to have more and more difficulty bringing her legs under her as she walked, instead she walked with her knees bent, 'like a crab walk'. She was still getting around, but she looked very awkward.

Back in the Vet's Office

Lilly in Dr. Kersting's exam room
Lilly was brought back in to Dr. Kersting, who performed a full physical exam on Lilly's leg, including manipulating it and turning her over from different angles, in order to see how she moved. He explained to Brittani that Lilly's tendon had slipped out again, and presented her with four options for moving forward.

Brittani decided to go with Option 2, and leave Lilly as she is, since she has already been through so much at such a young age. Dr. Kersting assured her that Lilly wouldn't be in any pain---she just would need help getting around.

Lilly relaxing in the tall grass
Since then, Lilly's been healing and figuring out how to get around. She is 'walking' okay, despite her deformity. However, Brittani found that Maui was starting to bully her, so she got some call ducks just for Lilly, with the thinking that since they were smaller then she was, they may be less inclined to bully her or hurt her from accidentally stepping on her leg. They all seem to get along great, and Lilly even chases off the other call ducks from the water dish even and guards it. She does not exactly move fast, or gracefully but she can move when she wants to. Lilly loves floating all day in her kiddie pool, and can in and out on her own. Her favorite spot to sit in the yard is where the taller grass is, so she can hide and keep a watchful eye on Brittani---for she is incredibly thankful that she has somebody as wonderful as Brittani to love and care for her.

Pracilla the duck is a duck who will always hold a special place in Brittani’s heart. She was an indoor duck and Brittani’s best friend. Pracilla is a crested duck, who suffered from genetic defect called intracranial lipoma. This defect caused her to develop neurological signs, requiring her to need daily nursing care. Brittani would have to help her eat and walk. Her neck was often pretty twisted, so Brittani would massage it, which Pracilla enjoyed and provided a great bonding experience for the two. Unfortunately, just weeks before Lily entered Brittani’s life (through meeting Rita from the Pet Rescue Network), Pracilla sadly had passed away. Brittani met first met Rita at the Loving Hearts Crematorium, where she went with Pracilla. This is why Brittani believes so strongly that it all happened for a reason, and is why she maintains her Facebook Page, as it is a dedication to her life, and the future lives saved of future ducks, like Lily. 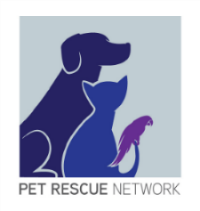 Pet Rescue Network (PRN) is a 501(c)(3) all-volunteer organization licensed in the state of Missouri that is comprised of dedicated and experienced volunteers, determined to positively impact the lives of animals in need in St. Louis and surrounding rural communities. PRN finds and places unwanted and neglected pets (of all species) into loving and forever adoptive homes. While awaiting their permanent home, pets are placed temporarily in homes with loving foster pet parents. The organization is committed to helping educate the public as to the benefits of adopting or fostering pets and the importance of ensuring every animal receives appropriate veterinary care.


About Bird Medicine and Surgery

Dr. David Kersting, DVM is a native of St. Louis and completed his Bachelor’s Degree in Biology at the University of Missouri-St. Louis and the University of Missouri-Columbia. He graduated from the University of Missouri-College of Veterinary Medicine in 1987. During his veterinary studies, he completed externships in exotic pet and zoo medicine, including one with Dr. Fred Soifer, a staff veterinarian for the Houston Zoo and one of the best avian veterinarians in the country. After graduating, Dr. Kersting opened Bird Medicine and Surgery, the only full-service avian and exotic veterinary clinic in the St. Louis area. Dr. Kersting became the staff veterinarian for the Purina Mills Research Farm and managed a flock of 1000 finches, canaries and parrots. While at Purina, Dr. Kersting was involved with nutritional research that led to the production of the first pellet diet for pet birds called Purina Mini Friends. Continued research over the next three years led to the development of the Mazuri line of avian diets for zoo birds and is still available today.