Ducks can occasional damage their toenails, resulting in cracks and injury to the nail often accompanied by blood loss. There are three general “types” of nail injuries that can occur in ducks: one where the nail has been completely broken off and is bleeding, one where the nail is cracked or broken but is loosely attached, and one where the nail is cracked or broken but remains firmly attached. Most often, the best case scenario is when the nail is fully broken off and some bleeding is noted. In these cases, bleeding can usually be controlled relatively easily, but can be worrisome if it continues. This type of nail injury is easiest to treat, as you generally just need to coat the nail with cornstarch and/or apply pressure to a gauze or clean cloth to the nail until it stops bleeding. You may need to hold pressure for at least 5 to 10 minutes, without constantly checking whether it has stopped.

Significant blood loss can occur with broken or torn toenails in ducks, if they aren't addressed promptly. Bleeding from a toenail can occur as a result of cutting it too short or from damage due to trauma, from a fight, collision, or other accident. 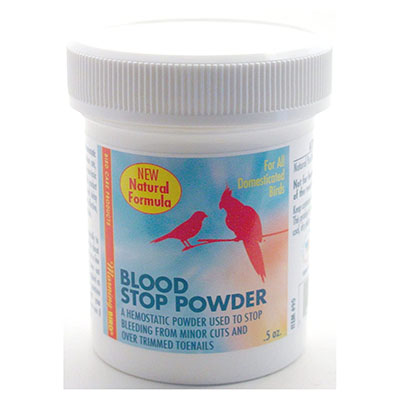